Feminism is the ideological movement that supports womens rights, interests and equality whit men in political, economic and social fields.

As a doctrine it started during the French revolution, when the problem of a real feminine emancipation grew up in womens mind.

In the past centuries women have always been in a lower position in front of their husbands. If they belonged to rich or well-off families they had to stay at home and worry about its maintaining, the direction of domestic life and the growth of their children, while if they were poor they worked as much as men and at the same time had to look after all the domestic work. Men controlled womens life at home and in the social context, so they could never say to be free.

Women, moreover, had not the right to vote, to participate to social life, and to express their opinion, for example, trough the press, like men could do.


The First World War was a turning point for womens situation, in fact it gradually changed, with the birth, for example, of womens colleges in British universities. In women obtained the suffrage in 1918, and it extension to all women on the same basis as men came in 1928. In the same time employment opportunities grew up very quickly, and women were offered works in factories such as men, and this fact meant, for a lot of women, an important source of independence.

In this period also changed womens dressing, their participation to social life and their attitude towards sexuality that became more liberal.

So, after a long time during which power had been depending on the ability to use physical force and women had been assigned to different roles, in the modern age, when intellect counts for more than physical strength, biological differences might be expected to have less importance, and women could have the place in society they have the right to.


So women have fought for centuries to obtain their freedom and their rights, and at the end, from a legal point of view, they have conquered it thanks to their battles. During the 70s, in fact, feminism has been made stronger, in a period of high social conflicts, and women have proved their abilities and possibilities in modern society. So now, even if discrimination is still vivid in the mind of a big part of society, women have the rights and the social opportunities that men have always had, cause their intellects source is the same, and often better than mens one. 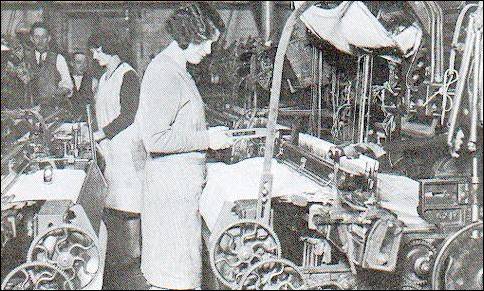 Women workers in a cotton mill. An aspect of post-war emancipation.